The Boat Inn has been owned and operated by the Woodward family since 1877 when it formed part of the Duke of Grafton's 'Wakefield' estate. In those early days, the inn was run in conjunction with the family's other businesses - the local butchery, bakery, smallholding and working narrowboats.

In 1921, the inn was offered for sale at auction and was purchased from the estate for the grand sum of £1000.

The Boat Inn is now continued by the fourth generation of Woodwards, with a good possibility of the 'dynasty' continuing well into the 21st century. The family is proud to be running a popular Freehouse in a beautiful situation, totally independant of any brewery.

The Inn has appeared in many national press and television advertisements, films and documentaries as well as in books. The most widely recognised film that featured in Stoke Bruerne was appropriately titled 'Painted Boats' (1945). Jack Woodward (top bar memorial plaque) actually ended up featuring in the film as a young boy crossing the locks. 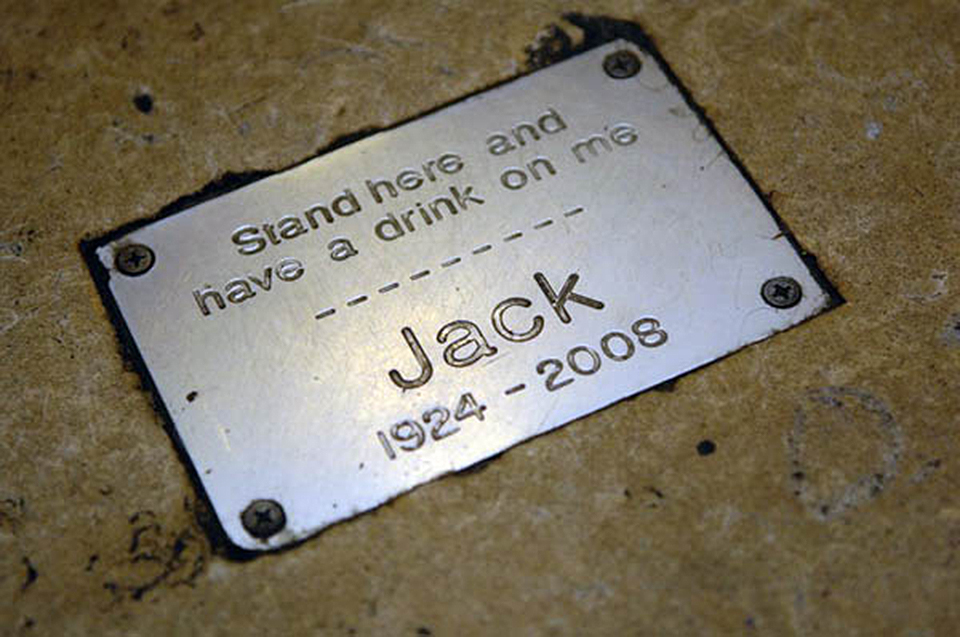 The previous Landlord Jack, father to the current directors and grandfather to the next generation, lays to rest under a flagstone in the top bar. Many have stood here and had a drink on Jack since his passing. 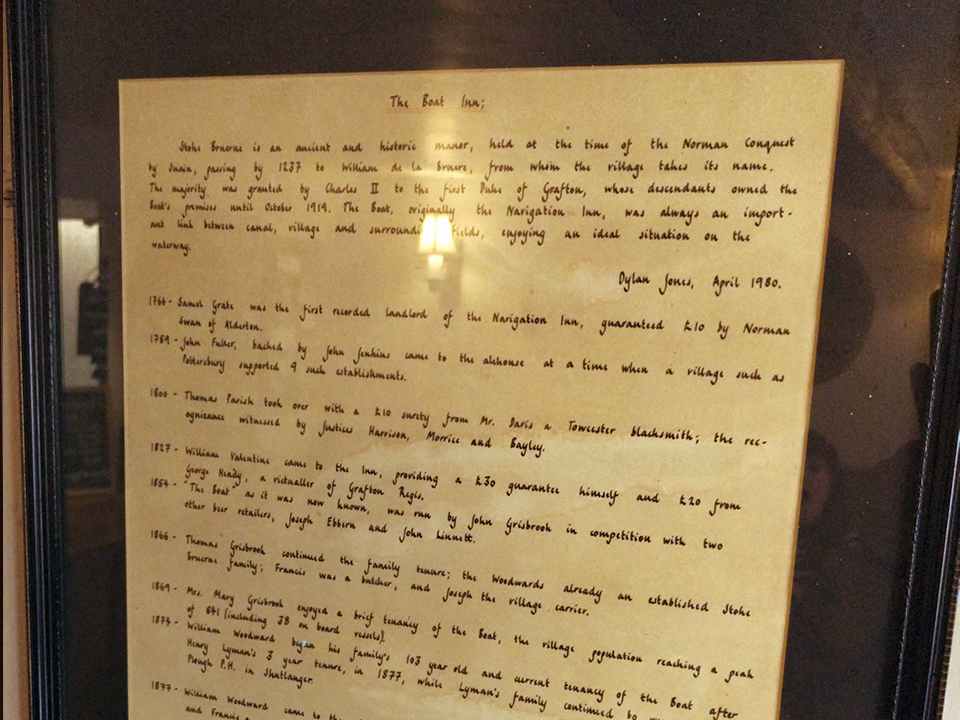 A relatively extensive historical account of the landlords and ownership of the pub can be found in the top bar above the mantle piece.